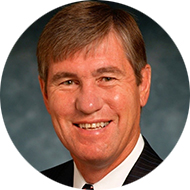 Dr. Jean-Louis Briaud is a Distinguished Professor at Texas A&M University, a Distinguished Member of the American Society of Civil Engineers, and a Professional Engineer. He received his Bachelor degree in France and PhD in Canada. He has served as President of the International Society for Soil Mechanics and Geotechnical Engineering, and is President of the American Society of Civil Engineers. Among other awards, he has received the Ralph Peck Award from ASCE, and the Geoff Meyerhof Award from Canada. He has published extensively including a book entitled Geotechnical Engineering. He enjoys tennis and plays jazz piano at the amateur level.

Mechanics and Countermeasures of Scour and Internal Erosion: Wave/Tsunami-Seabed-Structure Interaction from Geotechnical and Hydrodynamic Perspectives 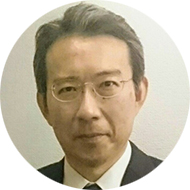 Dr. Shinji Sassa is the Head of Soil Dynamics Group and Research Director of International Research Center for Coastal Disasters, Port and Airport Research Institute, National Institute of Maritime, Port and Aviation Technology, Japan. He obtained his Dr. Eng. from Kyoto University. He is known for his seminal work on wave-induced seabed liquefaction that has been extensively cited worldwide. His main research areas are Soil Dynamics, Geodynamics, Coastal and Offshore Geotechnics, and Submarine Landslides and Tsunami. He is currently the Chair of the Technical Committee on Scour and Erosion of the International Society for Soil Mechanics and Geotechnical Engineering (ISSMGE).

Do You Rock Scour [email protected] 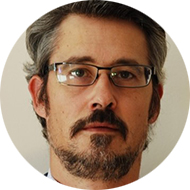 Erik Bollaert received PhD in 2002 in Civil Engineering at the Swiss Federal Institute of Technology, where he studied rock scour. In 2002, he organized the International Workshop on Rock Scour. In 2006, he received from ASCE the “Karl Emil Hilgaard” Prize and the “J.C. Stevens Award” for his work in rock scour. In 2002, he founded AquaVision Engineering, a company specialized in scour related to dams and rivers, fluvial and maritime hydraulics, river and reservoir sedimentation and design of hydraulic structures. As scour expert and hydraulic consultant, he participated in numerous projects worldwide, mainly in Australia, North and South America, the Middle East, Africa, India, and Europe. Dr Bollaert is the developer of the Comprehensive Scour Model, a physics-based model for prediction of scour in fractured rocks. He is author of numerous scientific papers and co-editor of the book “Rock Scour due to Falling High-Velocity Jets.” He is a Member of the American Society of Civil Engineers and International Association for Hydro-Environment Engineering and Research. 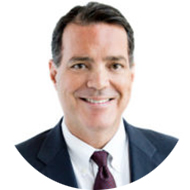 Sam Allen began his career in the geoenvironmental and polymeric materials testing fields and has broadened the scope of his involvement in materials engineering to include geosynthetics technology with specialization in laboratory testing operations. Mr. Allen currently serves as the Vice President and Director of the TRI Environmental, Inc. Mr. Allen has dedicated much of his career to the standardization of geosynthetic measurements. he served as the Chairman of ASTM International Committee D35 on geosynthetics and also the Convener of Working Group 5 on durability within ISO TC221 on Geosynthetics. Mr. Allen also serves on the Technical Advisory Board of Geosynthetics Magazine, a geosynthetics industry trade journal. In addition, he serves on the Board of Directors of the Geosynthetics Institute in the USA. 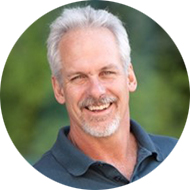 Dr. John Rice is an Associate Professor at Utah State University and performs research in the areas of reliability-based analyses of internal erosion potential and laboratory modeling of internal erosion mechanisms. Dr. Rice had more than 16 years of professional experience (from 1988 to 2004) working as a geotechnical consultant in the Oakland, California office of Woodward-Clyde Consultants and the Pleasanton, Santa Rosa, and Sacramento, California offices of Kleinfelder. He is registered as a Civil and Geotechnical Engineer in California. In the latter portion of his consulting career, he worked extensively on the levee systems in the Sacramento area and was responsible for the investigation, assessment, and design of a number of levee seepage and stability mitigation projects. 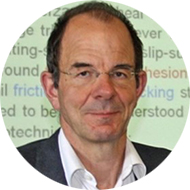 As a specialist in physical modelling in geotechnics, tunnelling, backward erosion piping and geotextiles, Adam Bezuijen wrote and edited in 6 books and co-authored over 400 scientific publications and many reports. He has completed research projects in the Netherlands and abroad in the fields of coastal engineering, dredging, physical modelling, backward erosion piping and tunnelling. Adam is a Senior Lecturer and Director of the Laboratory of Geotechnics at Ghent University and is part time working at Deltares. He was Chairman of the normalisation committee CEN/TC 189 “Geosynthetics” and is now Chairman of ISSMGE TC204 “Underground construction in soft ground” and member of ISSMGE TC104 “Physical modelling in geotechnics.” He presented many lectures, amongst these keynote lectures on tunnelling (TC28 conference Shanghai, 2008, Bochum 2017, Hanoi 2019) and Geotextiles (Portuguese Conference 2011). He received a certificate of appreciation for “patriotic civilian service” from the U.S. Army Corps of Engineers for his contribution in fact finding and model tests for the New Orleans levee system after Hurricane Katrina. He received an IGS award in 2014 for his contribution to research on piled embankments. 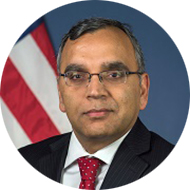 In July 2019, Hari Kalla was selected for Senior Executive Service (SES) position of Associate Administrator for Infrastructure with the Federal Highway Administration (FHWA). As the Associate Administrator for Infrastructure, Hari serves as a member of FHWA's leadership team and participates in developing strategic initiatives that have broad national impact upon the Agency and the Nation's transportation system. Prior to this position, Hari served as the Associate Administrator for Research, Development, and Technology where he provided executive oversight to FHWA's national highway research and technology programs. Prior to his most recent appointment, Hari served in the SES position of Director, Office of Preconstruction, Construction, and Pavements within the Office of Infrastructure. In this role, Hari provided national leadership in pavement technology and construction engineering to FHWA Headquarters and field offices, state and local governments, industry, and academia.

After much consideration, we've made the difficult decision to postpone 10th International Conference on Scour and Erosion (ICSE) until October 18-21 2021 and to shift it to a virtual format. We take the safety and health of our attendees, staff and community seriously and feel this is the best course of action.

Please continue to check this webpage for updates. For the impact of the coronavirus on other ASCE events, please visit www.asce.org/covid-19/.

Under the Auspices of